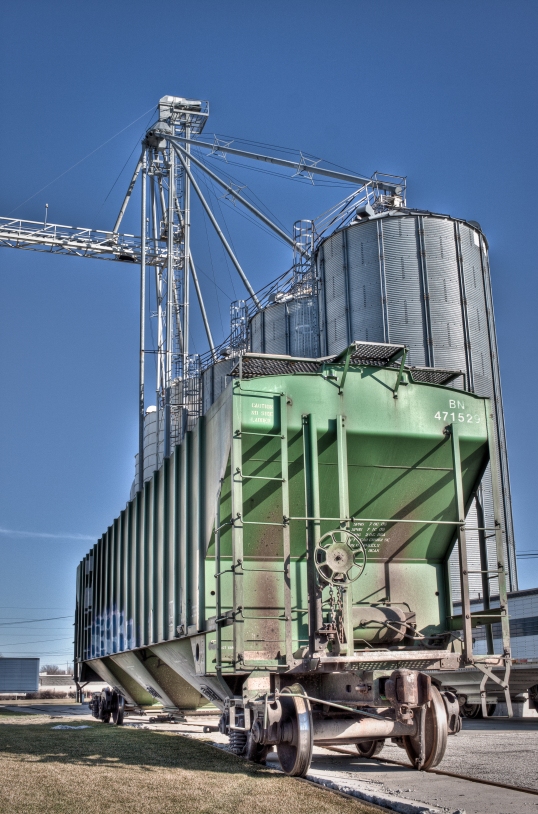 Im writing this description a day late because yesterday was focused on my wonderful (now) 2 year old niece, who was having her candy land themed birthday party. Because of this my focus was on her and taking photos of her party so I didn’t take my usual photo walk. However that left plenty of opportunity to share another photo from Fridays findings. Often times when Im out running errands I like to force myself to explore the various routes of getting to where Im going. Theres something invigorating in exploring the different scenery available on the way to work, the market or anywhere else you may be going. And if time permits, Im not afraid to get lost and explore even more.

Thats exactly what happened on friday with this photo. I was out running an errand and turned down a wrong street. I realized my mistake shortly after but decided to venture on forward to see where this unfamiliar path would lead. I was excited to find these railroad cars down this road in an industrial parkway. I fell in love with the industrial yet clean feel and decided to shoot a few exposures for an HDR version of the scene.

There were two railroad cars at this location and walking around them shooting was a task in and of itself. I had my nice black dress shoes, that are luckily a boot style, that would sink into the muddy terrain with every step. The soil in other spots was super loose, and I was slipping and sliding every seconds so personally Im amazed that I was able to take stable enough pictures whilst handholding haha. Im sure I filled at least 2 gigs on my card with just photos of these beautiful train cars, but found this scene more attractive than the others. I love the scale comparison from the train car to the large industrial silos in the background. The support railing that leads off the top left side of the frame says theres even more to this giant structure.

For whatever reason I am constantly in awe of gigantic structures like this. I think to me its a sign of large thinking, which is something I try to incorporate into my life. To think big building projects like these and others more intense, are brought to a group of designers and creators. Part of the group will turn away with intimidation, and others will jump on the idea with eagerness to grow. Its an incredible and exciting process to think about and Im sure witness, while at the same time the resulting structure holds that story and strength within its walls.